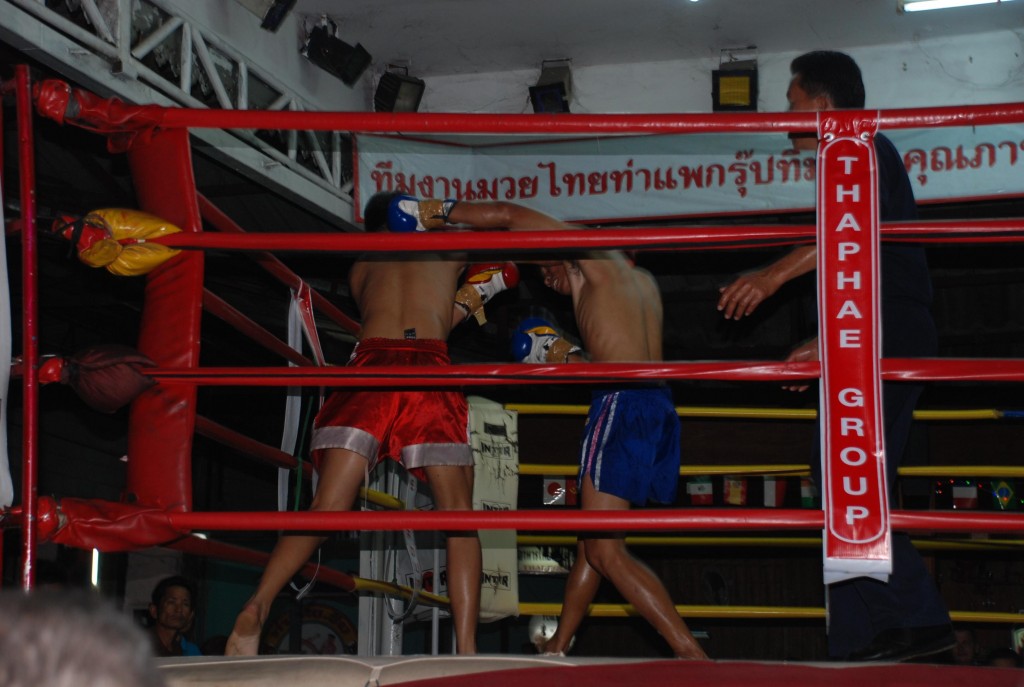 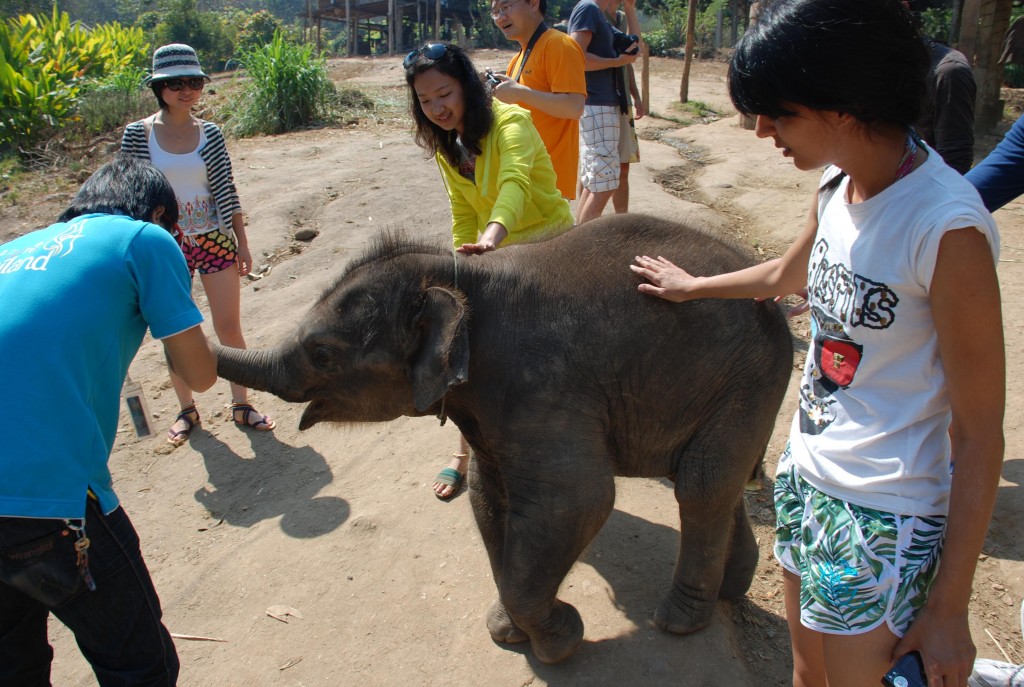 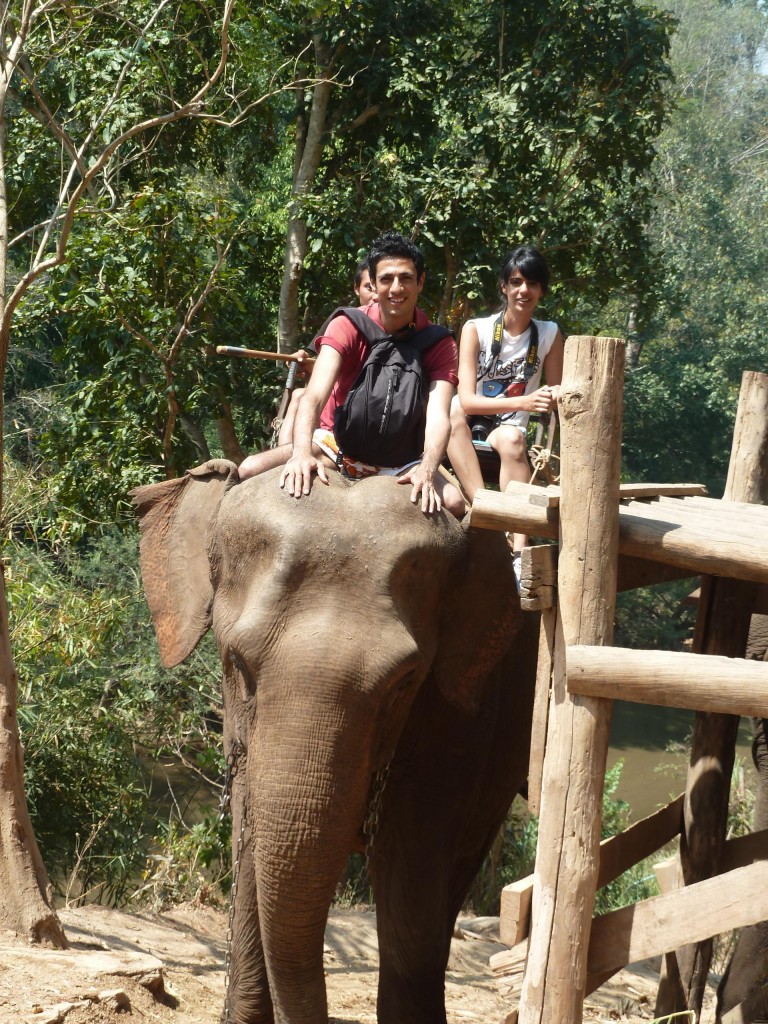 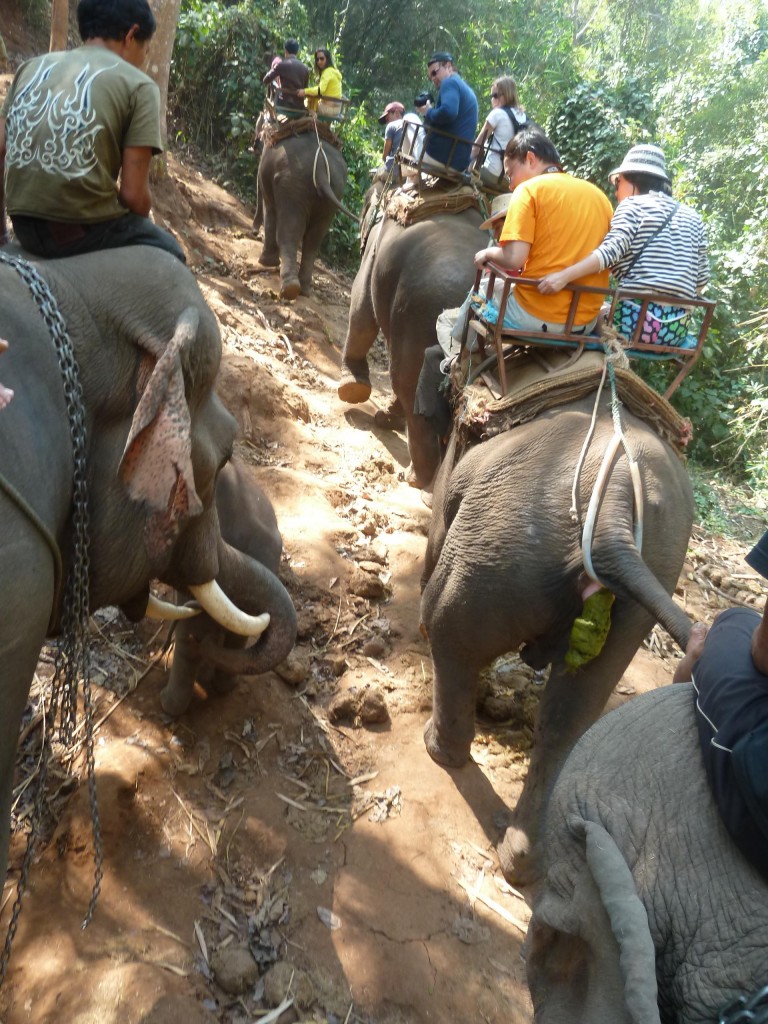 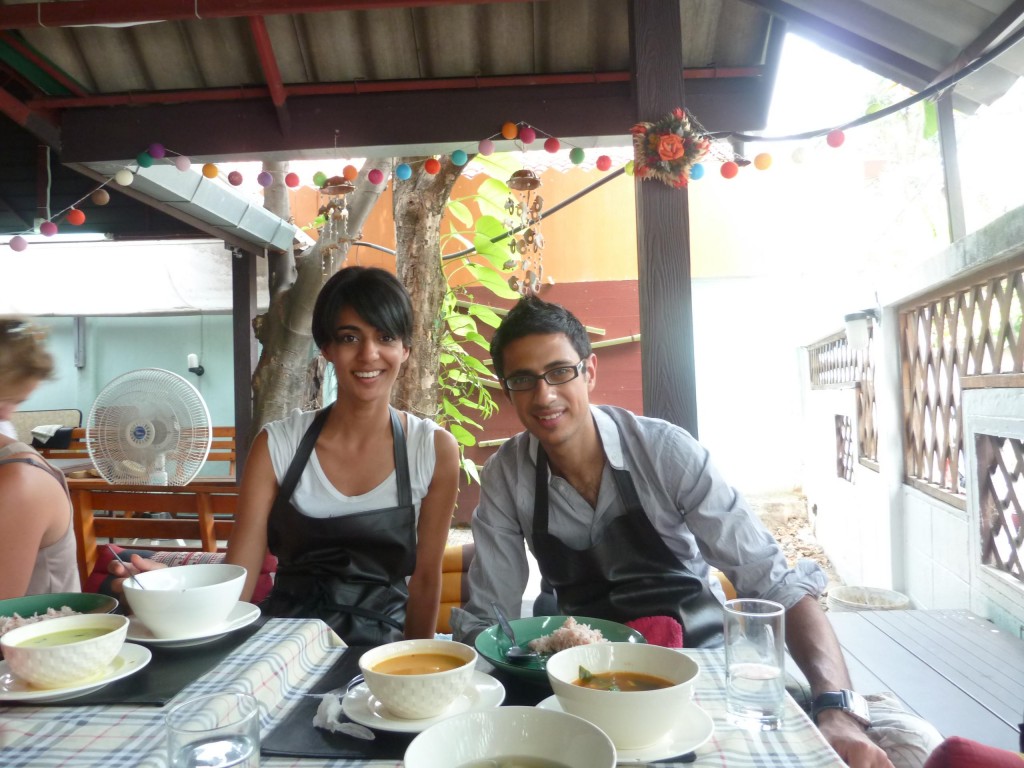 Woohooo we just finished the first 2 days of our 120 day (and more) adventure ALREADY…and still it hasn’t sunk in that we’re going to be away for so long!

We started out in Bangkok, which is somewhere me and Anj have been to before, so we decided to make this our chillaxing part of the trip to get over the jet lag…we stayed in siam square in a super modern and clean hostel (thanks to super anj’s incredibly detailed research) 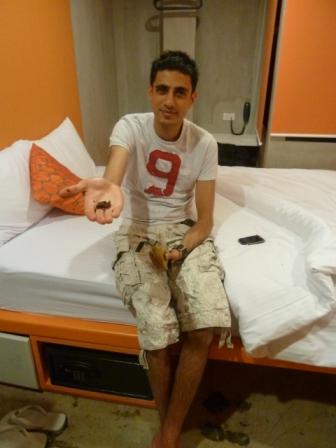 The last time I’d been in Thailand I was like 13 or something small, so seeing it with new eyes, I couldn’t help compare it to India with the little tuk tuk rickshaws driving around, lots of market stalls everywhere you go and plenty of noise around the city (even though India probably wins on that front hands down!)

Now as sad as it seems, No we didn’t see the lying Buddha statue and nor the golden palace, as we both remember them pretty well…

Instead we pretty much spent the WHOLE time in the markets and the malls!

The malls, Siam paragon especially, are major high end malls (it even had a Lamborgini show room on the top floor)…this was slightly out of our price budget for this trip!…so we window shopped and then left.

That left the markets…we were told by our favourite guide, the old discussion forums on trip advisor, that china town is a must visit!

So we scootered down in our very metro sexual pink tuk tuk! To be honest, when we reached we were a little disapointed, but then again don’t know what we expected! 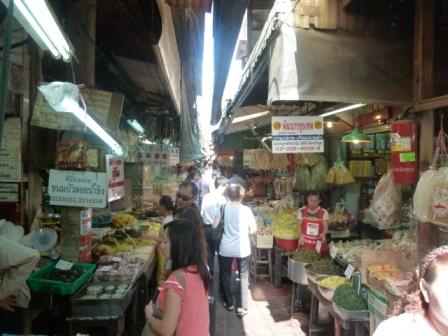 Loads of shops on the main road consisting of gold shops and small Chinese restaurants selling shark fin soup where to be honest none of us veggies would risk even entering.

However the tiny side streets with their market stalls was amazing just to see…loads of little stalls selling handbags, jewellery, food, t-shirts and other small trinkets etc…

For the ladies though, Anj will testify that she preferred the markets in Siam for their fashion!.. Luckily for me, many of the clothes were too big for her! Phew!.. Me, I preferred the variety of home stuff, t-shirts etc at patpong, even though it is part of the red light district, where we had people trying to sell us on sex shows! Not good unless your into that sort of thing! 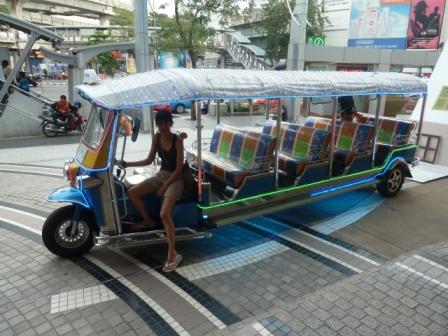 Well overall Bangkok, even if it has been mainly shopping, has been loads of fun with some great Thai food too! A good way to start the trip… Yum.

Now as we sit on the bus on our way to our next stop…Cambodia I wonder what’s in store for us there…can’t wait for us to reach! Another 5 hours to go…and that’s just to the border!